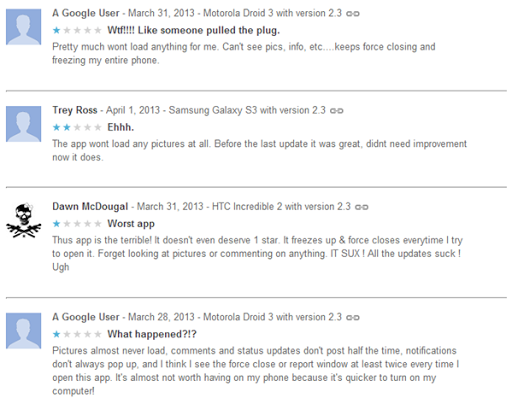 Facebook is a multi billion dollar company and undoubtedly the most active social network in the world. But when it comes to their android version, they leave a majority of android users pissed off. Have a quick look at the kind of reviews this app is getting on the play store. You will find 1 in every 3 reviews leaving a comment full of dislikes and complaints. Seems like the app is getting worse with each rolling update!

Previously, whenever I used to share anything from my Facebook app, the status message was always posted with ~ via android or via Facebook for Android tag.
What a joy and proud it was! Everyone used to know that I was using my sweet android phone to update those status messages.

Then they started rolling out their so called performance updates and that “proud status tag” never appeared ever since then.
Now my status messages are posted with ~ via mobile tag, as if I have used a cheap phone to update my status. Huh !! 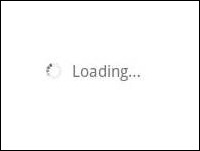 This has been a problem with this app ever since its launch on the android platform, I believe! Be it the photos, albums, profile-pages or even the integrated chat system – everything seems to freeze, often taking over my patience and I finally end up quitting the app :p

As an alternative, I always prefer to access Facebook at m.facebook.com on opera-mini web browser. At least it loads 100 times faster and does most of the job, though not that appealing to look at.

I am very cautious while putting status messages and comments using this app because once they are set there is no way to remove them unless I switch over to its mobile version on opera mini OR its desktop version on my notebook!
I hope developers won’t turn an eye over this serious issue and will provide us with an easy delete option in its updated future versions.

Its 15 minutes of regular usage on mobile network drains my droid’s battery life by 5%. And I am sure that I am not alone to experience this pathetic battery drain!

What’s your opinion about this app? Please share your feedback here…

How Sponsored Posts Can Kill Your Blog

Why both Dofollow and Nofollow links are valuable for your website?

12 thoughts on “Why The Facebook App For Android Sucks?”